On June 24, the Vancouver Inter-Cultural Orchestra will release a new series of filmed performances featuring music and musicians associated with In the Key of the World, the orchestra’s extraordinary album released in 2020. The recording has been nominated for two 2021 Western Canadian Music Awards: Global Artist of the Year and Instrumental Artist of the Year.

The new video series, titled Performances In the Key of the World, features filmed performances of three tracks from the album:

They will be free to watch on the VICO website (http://www.vi-co.org).

Also available will be videos of a range of smaller intercultural ensembles comprised of VICO roster members and special guests:

“With live album release events rendered impossible by the pandemic, VICO is finding new ways to get our music out into the world,” says Artistic Director Mark Armanini. “We are lucky to have gathered together a stellar production team, including videographer Alistair Eagle (assisted by Don Xaliman and Camillia Frey) and sound engineer Sheldon Zaharko, to help us capture and share these performances in digital form.” 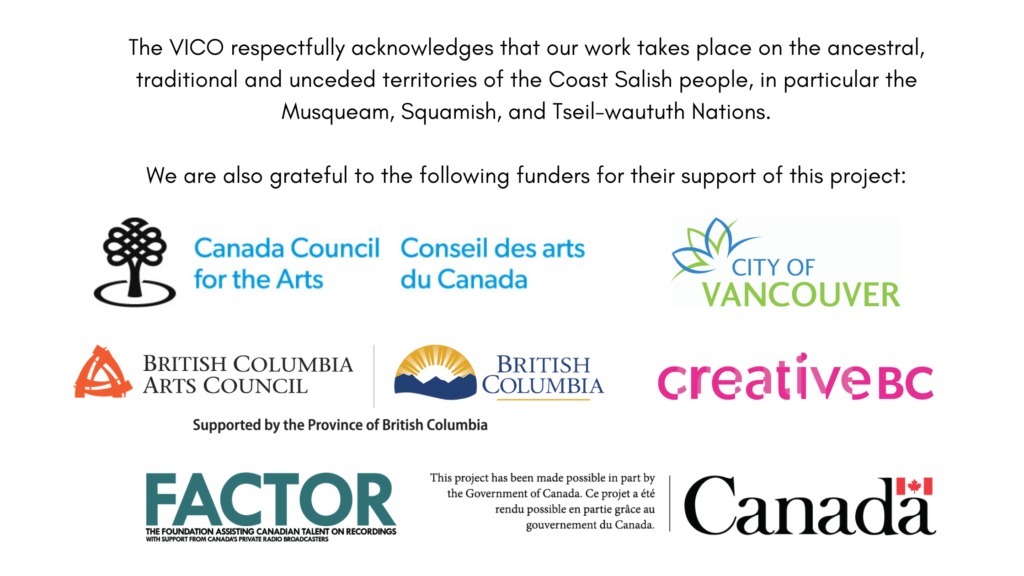