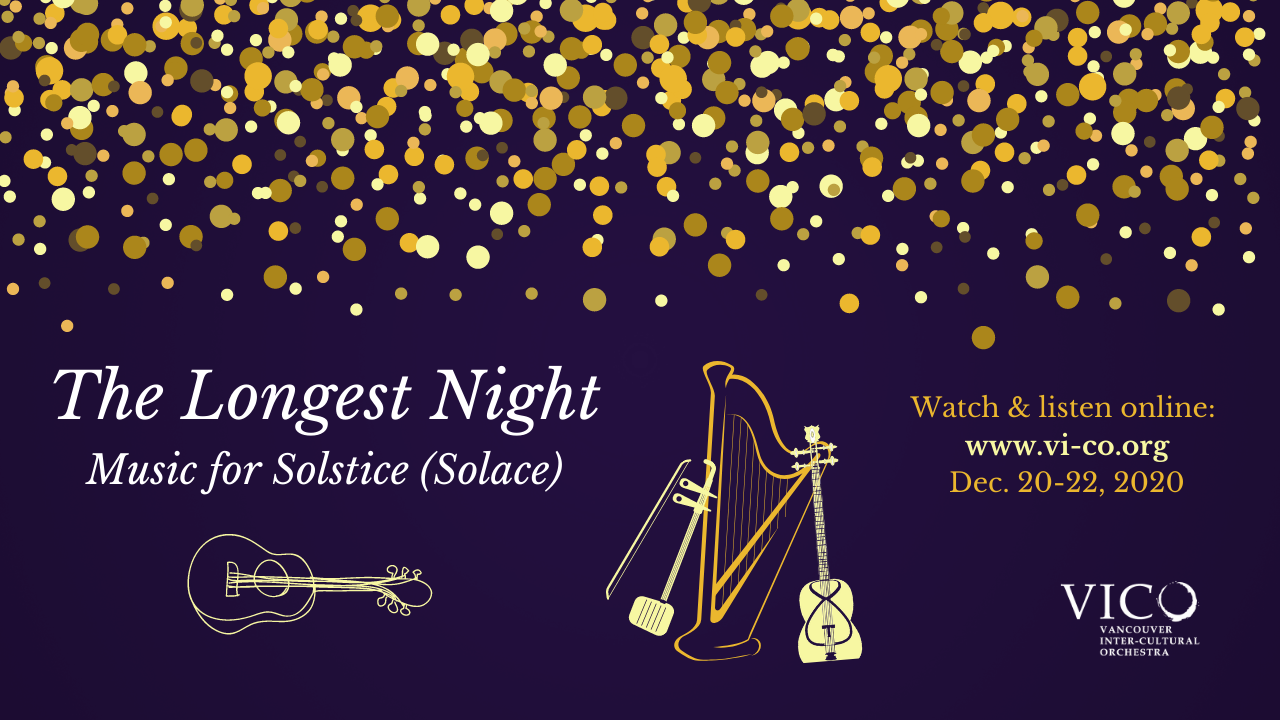 The Vancouver Inter-Cultural Orchestra is proud to announce the release of a new series of filmed performances in celebration of the Winter Solstice. The videos, filmed at Deep Cove Shaw Theatre earlier this month, feature small ensembles and soloists playing repertoire that spans cultures, centuries and continents. The series will go live on the VICO’s website and YouTube channel on December 20, 21 and 22.

We share these performances in the hope that this colourful, innovative music, created and performed in a spirit of cross-cultural collaboration, will help to combat the darkness of winter, and the unsettled feeling of this unusual holiday season.

Videos will be available at https://vi-co.org/the-longest-night-music-for-solstice-solace-2020/ from December 20, 2020.

The VICO gratefully acknowledges the support of the following funders and partners: