Composer’s note: In the Chinese context, digging a pit not only refers to manual labor but also extends to mental creation and life situations. In literary creation, digging pits means starting to create interesting and suspenseful works that attract readers to follow up. Filling the pit means unraveling the previous suspense in the subsequent creation and completing the work. Digging pits without filling, means leave the work unfinished. However, life is full of potholes – how to fill all of them up? The difficulties encountered in life are always from time to time, just like the pits hiding in the road. It is inevitable to step on one foot and drop into the pit. Falling into a pit is not the end, as life has to continue. We would climb out of it to move our lives forward. During this coronavirus epidemic, no one was spared, and everyone faces the same big pit. I wrote this Trio work to all those affected by the epidemic in 2020. Whether positive optimism or negative pessimism, we will get through as human beings.

Nicole Ge Li is currently Concert Master of the BC Chinese Orchestra and gaohu soloist with the BC Chinese Music Ensemble. Li began learning the erhu at the early age of six and started training professionally at the age of 11 at the Wu Conservatory of Music Affiliated Secondary School, where she received a full scholarship for four consecutive years. Li was later admitted to the prestigious Shanghai Conservatory of Music, where she earned her Bachelor of Music degree in erhu performance in 2008. An active erhu performer, both as a solo artist and as an ensemble player, since 2000, Li is a much sought after performing artist in Vancouver. In 2011, she organized and performed in her own erhu recital in Vancouver, which was also the first full-scale erhu performance event of its kind held in Canada. In 2013, she was invited to perform for Prime Minister Stephen Harper as the only Chinese instrumental soloist at the Chinese New Year Gala in Vancouver.  Later that year, Li performed the celebrated erhu concerto “Butterfly Lovers” with the BC Chinese Orchestra. During this 2012/15 season, Li is collaborating with virtuoso pianist Corey Hamm in bringing the first of many world premieres of new works for erhu and piano by Chinese and Canadian composers. These performances are being supported by a Canadian Art Council grant as part of a cross-cultural music exchange project. In 2015, Li was a recipient of the prestigious Outstanding Young Leaders Medal of Merit Award. As a performing artist, Li is known for her interpretive expressiveness, stylistic versatility and ability to transverse a wide range of musical genres from the East to the West, from the traditional to the avant-garde.

Growing up in a musical family, Charlie Lui studied the cello under his father Ki Ling Lui (呂其嶺) since 1988. However, in 1995, his interest in Chinese music took over, and the dizi (Chinese bamboo flute) became his primary focus.

Charlie moved to Vancouver with his family in 1996 and started to study the dizi intensively with Mr. Jian Ming Pan (潘建明). In 2000, he traveled to China to study with dizi virtuoso Mr. Wei-Yu Tan (譚謂裕), professor of Shanghai Conservatory of Music. Charlie has won multiple awards at the Kiwanis Music Competition in Vancouver.

Charlie is the principal dizi player and general director of the BC Chinese Music Orchestra, the largest Chinese music organization in North America.

As a soloist, Charlie has performed numerous dizi concerti: 鷓鴣飛、江南春、牧民新歌、秦川抒懷、山村迎親人.Charlie is also a member of the Vancouver Inter-Cultural Orchestra. In 2008, Charlie co-founded Pentatonics with a number of young Chinese instrumentalists to perform a unique repertoire of original and lively renditions of Chinese, fusion and popular music. Charlie has performed on a number of CDs, including Vancouver Inter-Cultural Orchestra’s “Imaged Worlds” (2010) and composer Jin Zhang’s (張進 Canada) “Tracing“ (2008). In 2011, he premiered concerto grosso “Tsu-ur Song”  (潮歌) by Dr. Ning Wang (王寧) with the Nu: BC and the BC Chinese Music Ensemble in a Canada-China collaboration. Charlie performed Steve Chatman’s “Earth Songs” with the Vancouver Symphony Orchestra on Oct 22 & 23, 2011.

A graduate of the National Tainan University of the Arts, with a Master’s Degree in Ethnomusicology from Taiwan’s National Normal University, Tai-Lin Hsieh has toured in China, Singapore, Macau, Hong Kong, Japan, the United States, Canada, Germany, Switzerland, Luxembourg and Belgium. Her achievements include a nomination by Taiwan’s 22nd Golden Records Awards and winning such titles as the Star of Traditional Taiwanese Music & Culture Ambassador of Tainan and the National Concert Hall’s Traditional Music Star, as well as winning the Second Prize and Best Performance in Taipei Chinese Orchestra’s 2007 Zheng Competition. Tai-Lin has premiered numerous ground-breaking works. Some are released on her solo CD Zheng Image (2014) with critical acclaim. Tai-Lin is the founder of Augmented Sixth Ensemble, a soloist with the Little Giant Chinese Chamber Orchestra, and she performs regularly with the Taipei Municipal Chinese Orchestra and Wei Yi New Chinese Music.

Dizi: a Chinese bamboo transverse flute with a membrane covering one hole to create an increase in resonance and a typical ‘buzzing’ quality. It is really a renaissance flute with a membrane. There are 6 playing holes. The speaking length is determined by blocking the pipe at both ends. There is extra pipe material, which is just aesthetic – this extra length does not affect the speaking length. Since the dizi is mainly a diatonic-major-scale instrument, with very few accidentals playable, they come in many different lengths to accommodate the different keys that a piece of music calls for (for e.g, Charlie Lui plays two different variations in this Festival series, with the lower-pitched one referred to as a dadi).

Zheng: a plucked half-tube wood zither from China, with movable bridges over which strings are stretched. The strings were traditionally made of silk, but today they are usually made of steel or metal wound nylon. The modern Zheng usually has 21 strings, tuned to a pentatonic scale. The performer uses the right hand to pluck the strings, and the tone can be modulated by the left hand pressing the string on the non-speaking side of the bridge. 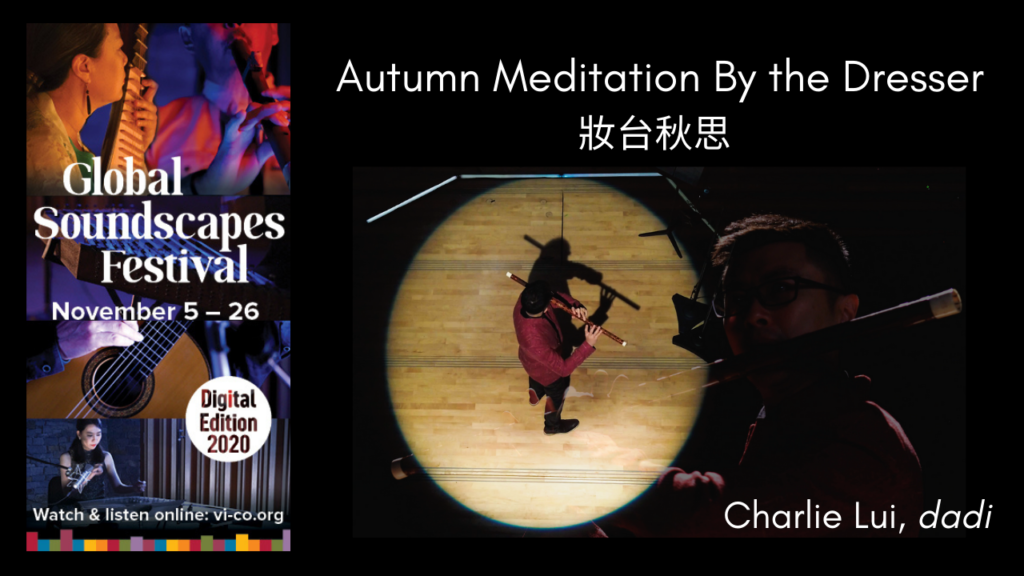 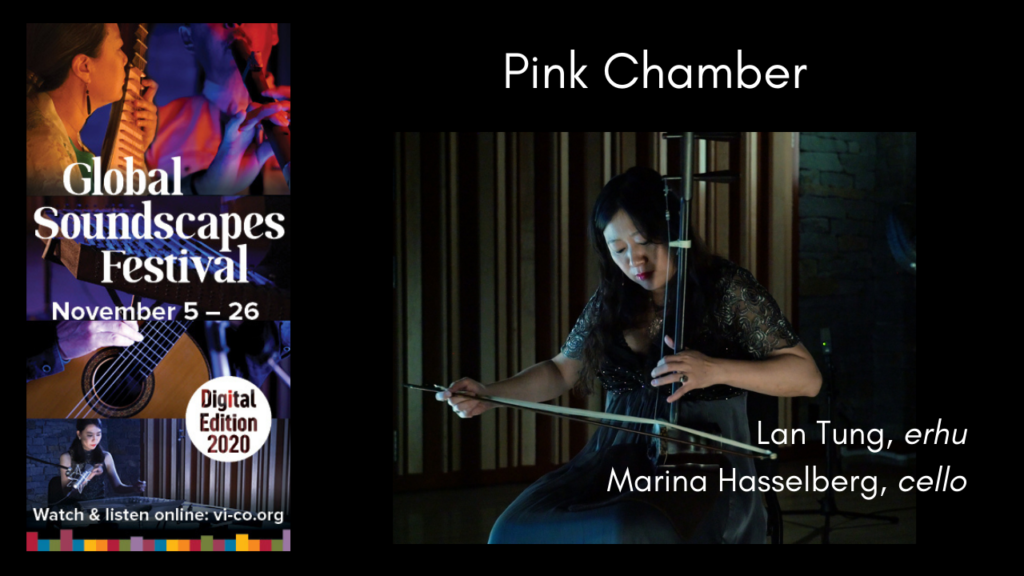