This gentle-sounding work begins as a lullaby and gathers momentum throughout. The intense lyricism is personified through the sounds of solo kamanche and erhu, which sometimes contrast and sometimes blend with the viola and cello. The viola and cello provide the chordal outlines and contrapuntal background as the kamanches and erhus engage in conversation with the Western strings. These characteristics suggest the work has a more western compositional perspective, but is easily imagined as a Song Dynasty scroll or landscape drawing or a nature poem.

The flowing triplet rhythm is unusual in Chinese traditional music, but common in Persian music and is well suited to the vocal quality of the traditional instruments and the harmonic folk-like capabilities of the viola and cello. The rhythmic activity becomes a powerful force in the work, quickening to a grand climax, with the erhus and kamanches supported and carried along by the torrent of notes and power of the viola and cello. ~ Mark Armanini

Mark Armanini(composer)(b. 1952), a native Vancouverite, studied composition with Elliot Weisgarber and piano with Robert Rodgers at the University of British Columbia, graduating with a MMus. in 1984. In 1990 Mark began composing for various combinations of Oriental and Western instrumentation. Major works included…of Wind and Water, recorded in 1995 with the Bohuslav Martinu Philharmonic and Qiu Xia He (pipa); and in 2003Incense and Flowers,Rain in the Forest, andDance of Many Colourswith the Latvian National Symphony and Vivian Xia (yangqin), Heidi Krutzen (harp), and the Khac Chi Bamboo Ensemble under the direction of Maestro John Zoltek. These pieces are collected on the album Rain in the Forest, available on the Centrediscs label. In 2000 Mark traveled to Taipei and in 2003 to Beijing and Shanghai as part of composer exchanges. In 2006 he performed at the Nanjing Jazz Festival and in 2007 travelled to Wuhan to study the ancient Marquis Yi Bell Set. During the years 2009- 2016 Mark attended the Atlas Academy, a two week intercultural orchestra intensive in Amsterdam, where his compositionChromapremiered at the Concertgebouw concert hall, as did Decor at the Amsterdam Conservatory. In 2015 Mark produced Fingertips to Freedom, an improvised piano concerto with pianist-improviser Paul Plimley, at Sono Recording Studios in Prague CZ. In November 2018 he travelled to Hanoi Vietnam for the 3rd Asia Europe Music Festival where his double dan bau concerto, Dance of Many Colours, was given its Vietnamese premiere. In 2019, he attended the Voix Etouffées European Festival in Brussels where his …of Wind and Waterfor pipa and string quartet was performed, with pipa virtuoso Qiu Xia He and the Selini Quartet. Currently Mr. Armanini is the Artistic Director of the Vancouver Inter-Cultural Orchestra (VICO), producer of the recently released VICO CDIn the Key of the World, and an associate of the BC Chinese Music Ensemble. He is on faculty at Capilano University in North Vancouver. 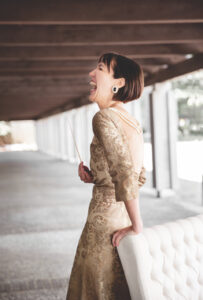 Filmed and recorded on November 3, 2021 at the Orpheum Annex in Vancouver, British Columbia, Canada. 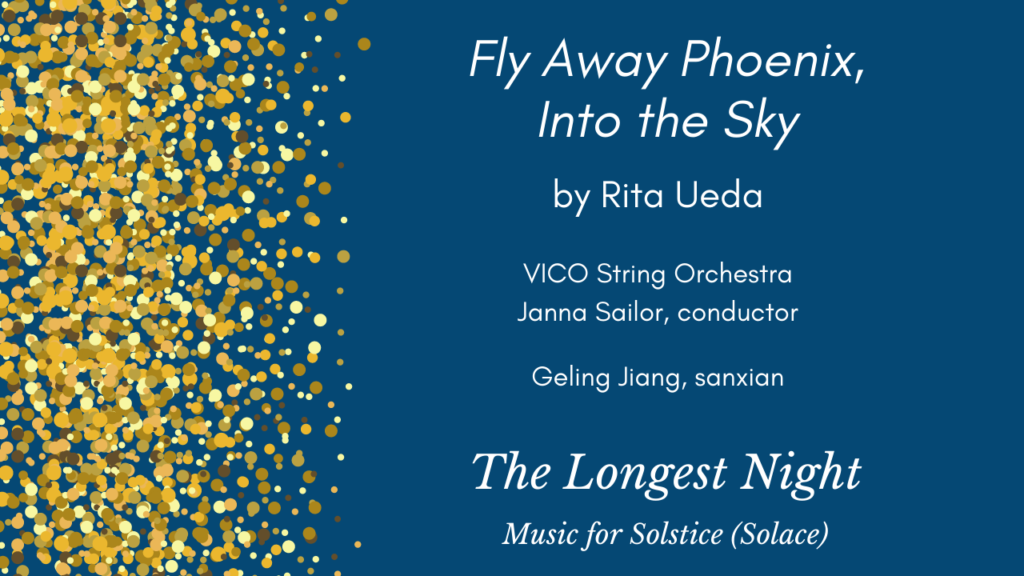 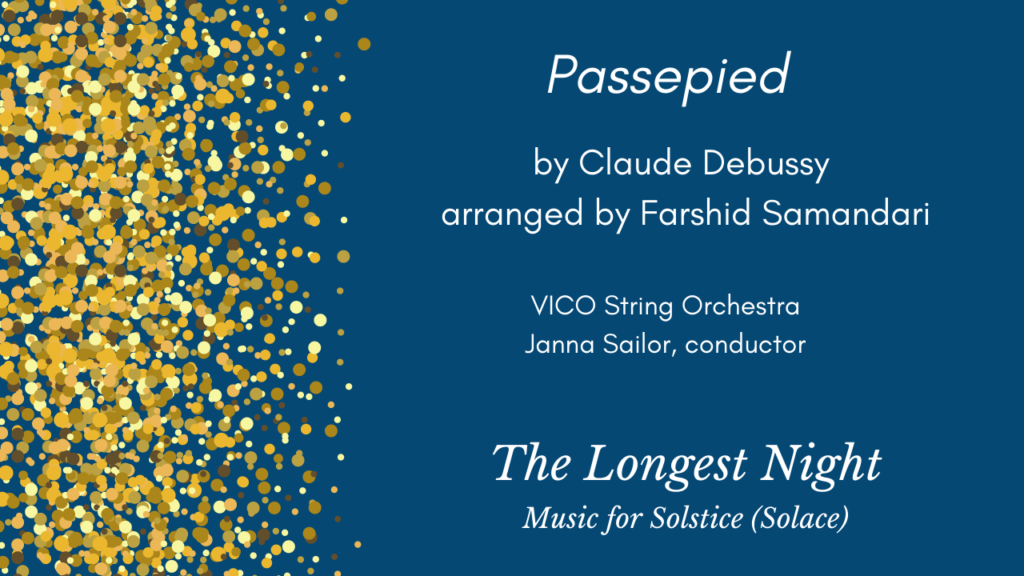 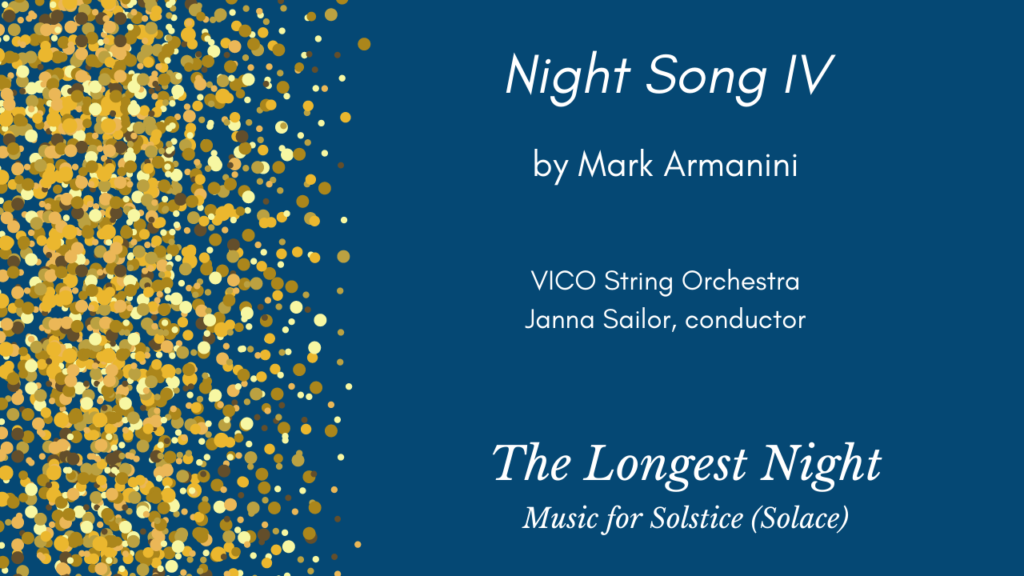 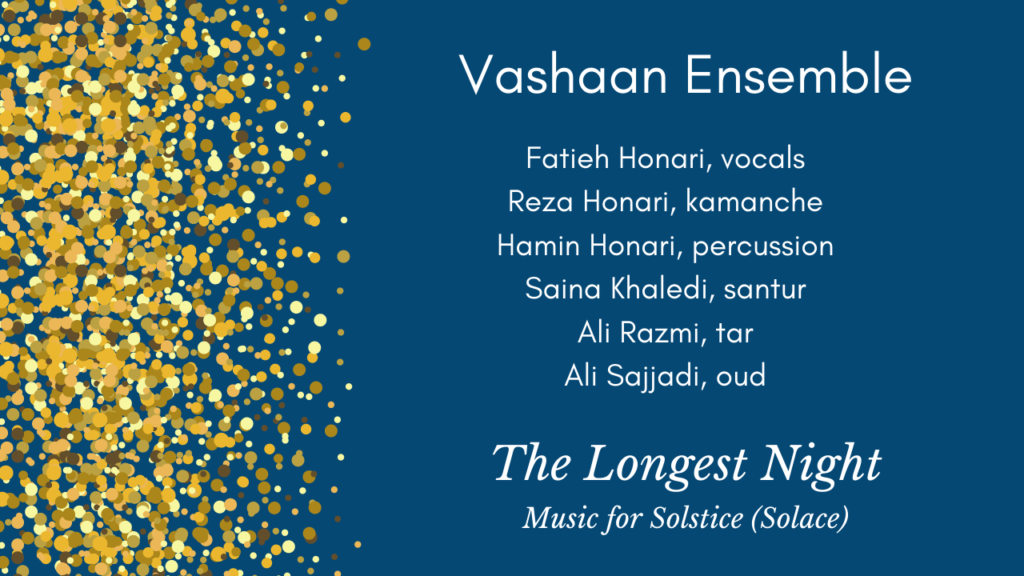